If you ask a local what is the main transportation in South Korea, then you’ll probably get the answer: BMW. Not because they drive a Beemer, but rather it’s an acronym for “Bus, Metro and Walking!”

Kidding aside, Seoul and other big metropolitan cities in South Korea have some of the best public transportation systems in the world. Even their intercity bus and train routes are quite efficient and reliable too.

Even if you’re a tourist visiting South Korea for just a few days, it’s helpful to get a transport card and learning how to navigate public transport. Download any Map app (i.e, Naver and KakaoMap), type your destination, and you’ll get accurate directions, routes and transport options, including estimated travel time and fares.

>> Read: Must-Have Apps For Your Trip To South Korea

South Korea not only has world’s most modern transport network, but also one of the world’s most advanced and interconnected transportation card system.

It’s actually very convenient. You buy the card, load money into it, and start using it!

With these prepaid reloadable transit smart card, using public transport is easy. You can just tap it into card readers when getting on the bus or at turnstiles in subway stations. You can even use these cards to pay in convenience stores and partner establishments.

Officially, there are 2 main transportation cards used in South Korea: T Money and Cashbee. But there’s a third, newer and lesser known one: the Rail+ (or “Rail Plus”) card.

I found out about this one the hard way.. When I arrived at Incheon airport, I went straight to the AREX Information Center and told the lady I wanted to buy a T Money card. She told me it costs ₩ 4,000. I paid, left, loaded some money into it, and took the “all stop train” to Seoul Station.

Three weeks later, I was in Gyeongju, unable to reload my card. The cashier at a 7 Eleven store told me I don’t have a T Money card. Instead, what I had was a Rail+ card, and there’s no way to reload money into it anywhere in Gyeongju. After running out of coins for the bus fare, I ended up getting a Cashbee card (₩ 4,000) at a GS25 store near Book Home Gyeongju, where I stayed for a couple of nights. 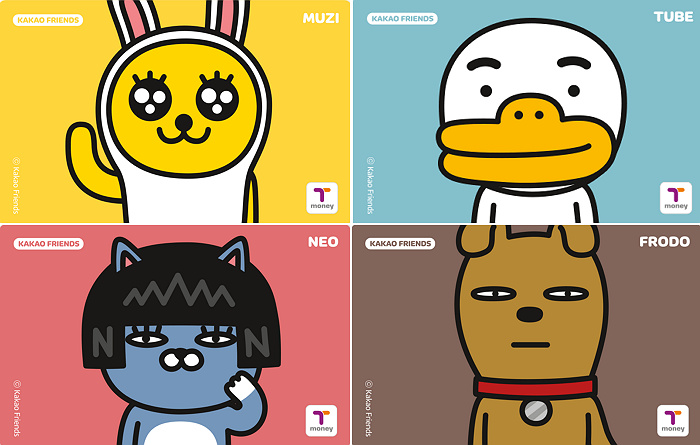 Operated by Korea Smart Card Co, the T Money Card system was initially launched in Seoul back in 2004. Its the oldest transport card technology among the three, so it’s no wonder that it’s also the most widely accepted. You can use the T Money card virtually anywhere in South Korea.

Download this tourist guide on how to use T Money (it’s available in English!)

Where to buy T Money card?

How to reload your T Money card?

Does T Money work in Busan? Can I use T Money in Jeju?

Yes, you can use T Money card in both Busan and Jeju.

In the past, T Money was mainly used in Seoul and nearby areas.. whereas in the south, people in Busan used Cashbee.

A few years back, it was hard to reload T Money cards in Busan. Some travellers even found they can’t use their T-Money cards at the subway in Busan (this was back in 2016, as one tourist wrote about her experience on her blog.) As of March 2017, you can use (and easily reload!) your T Money card in Busan.

You can use T Money to pay for your coffee at Starbucks!

Can you recharge T Money with credit card?

Unfortunately, you can only top up / recharge your T Money card with CASH, not with credit card. If you buy the card in convenience stores, you can use your credit card to BUY the card. But NOT when you charge or put money into it.

The credit card reload option is ONLY available for certain credit cards issued in Korea, specifically Woori Bank. If you’re a tourist visiting South Korea, it’s unlikely that you have this credit card. So it’s best to budget enough cash for your transit card.

No, they don’t expire. Any unused credits will just remain stored in your card. So if you plan on going back to South Korea, you can keep your T Money card and use it when you get back.

But if you don’t plan on going back to Korea, or maybe you have a significant amount of credit left in your T Money, you can get a refund on your balance.

How to refund T Money card?

IMPORTANT NOTE: The “refund amount” is equivalent to the outstanding deposit (the credit balance in your card) and does not include the cost of the card (starting from ₩ 4,000). The “refund fee” is the service charge for refunding. So the total refund amount is the balance minus the 500 won refund fee.

You can refund T Money card inside Incheon or Busan International airport. Just look for any convenience store like CU or 7 Eleven. But they can only do a refund if your balance is less than 20,000 won (30,000 won in some stores).

While T Money was the main transport card in Seoul, down south in Busan and surrounding areas, Cashbee was king. It was launched in 2010 by eB Card, under the umbrella of the LOTTE Group, creating one unified card in Busan. Before that, there were many different transport card systems in use in the south (like UPass, MyBi, etc.)

Based on RF smart card technology, the Cashbee prepaid card can also be used to pay in mini marts, departments stores, and LOTTE-affiliated companies.

NOTE: This is different from the KORAIL pass. 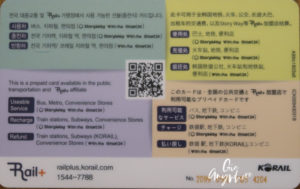 Similar to T Money and Cashbee, the Korea RailPlus Card is an integrated transportation card that you can use to pay in the subway (metro), buses, train, and taxis (in Seoul). If you’ll mainly use the card within Seoul and other metropolitan cities, you won’t feel any difference between the 3 cards.

Launched just recently in 2014 by KORAIL, the Rail Plus Transportation Card is not as widely used as T Money or Cashbee. But you still get the same discount (100 won) when you use the card compared to paying by cash.

If balance is over ₩200,000, getting a refund is much more complicated as you would have to go to the Korail headquarters. That’s why I recommend reloading the card with just enough money. 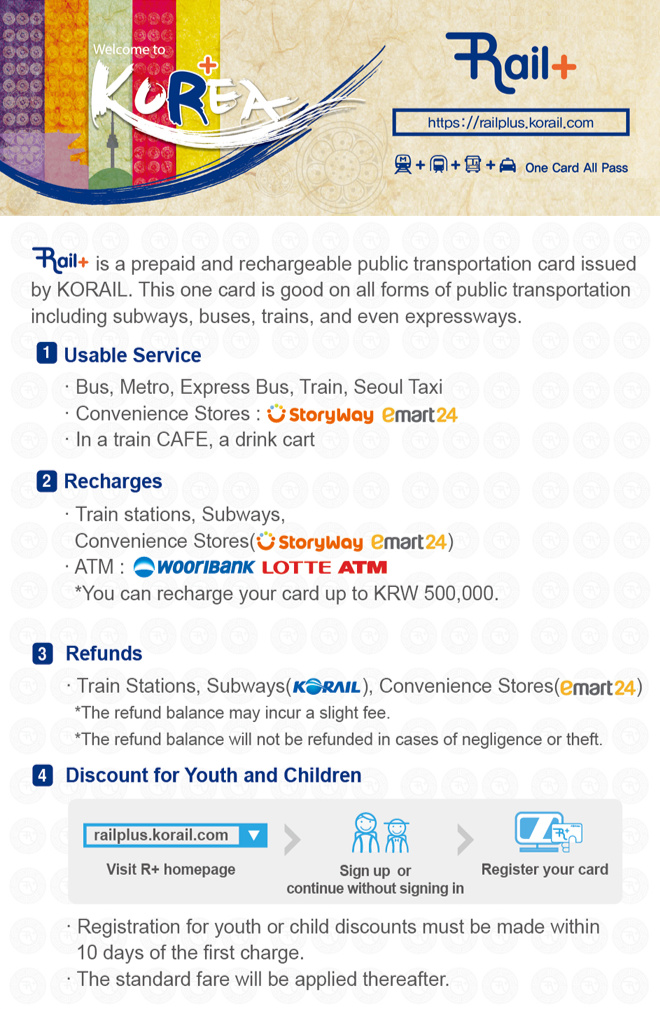 Where can I charge my Rail Plus card?

You can charge / load money into your Railplus card at KORAIL railway stations, and automatic ticket machines inside the subway (metro). There’s also an option to charge using Lotte ATM or Rail Money app.

If you’re going outside of Seoul, take note that you cannot reload your Rail+ card at just any convenience store. You can only reload it at StoryWay, eMart and With Me. When I was in Gyeongju for a few days, there was no way to reload it so I ended up getting a Cashbee card.

Benefits of Using a Transit Smart Card Over Paying Cash: 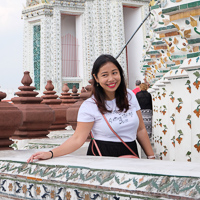