5 Apps To Download Before You Travel to South Korea

Traveling to South Korea soon? You probably got your visa already and think you’re good to go. But hang on just yet..

In case you haven’t, here’s a post on how I applied (and got) my South Korea tourist visa 🙂

To make the most out of your trip, there are 5 apps that I recommend you download first before you hit the road. 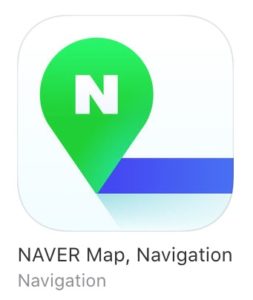 This is the go-to map app in South Korea.

When I started planning my trip to Seoul, I was in Chiang Mai, Thailand. I was wondering why South Korea looks so weird in Google Maps. It looks blurry, and you can’t click on places and get more info about them. The writing is in Hangeul (Korean alphabet) and there’s no option to translate it to English.

It turns out that Google Maps and Apple Maps doesn’t work well in South Korea because the government requires map data to be stored in local servers in the interest of ‘national security’ considering they’re still at war with the North.

Google Maps still work, but you don’t get walking directions. So it’s hard to gauge the distance accurately when booking accommodations and planning your itinerary.

To get accurate route recommendations, including walking and driving directions, public transport options, it’s best to use Naver Map and KakaoMap (more on this below). 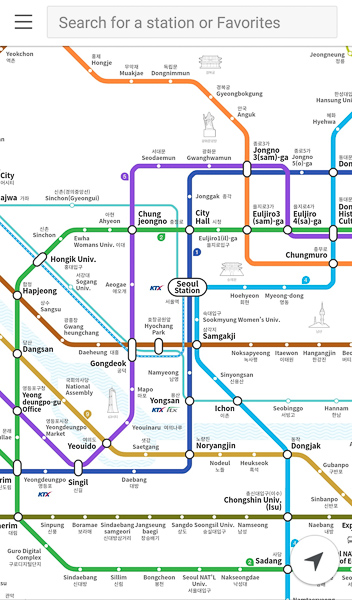 Seoul’s subway system might look deceivingly simple, but it can get quite complicated. Officially called the Seoul Metropolitan Subway, it consists of 22 lines serving not only Seoul, but also neighboring Incheon and nearby cities in the greater Gyeonggi province.

There are certain lines which have inner and outer routes, which can add to the confusion.

It’s also easy to get lost when changing stations.

The subway is simple but takes time getting used to.

In my first couple of weeks in Seoul, I got lost a few times in the subway. That changed when a Korean friend told me to download the Kakao Metro app.

What’s great is that it works offline! There’s mobile signal inside the subway (and 4G at that), but the offline feature is quite handy for those of you who don’t plan on getting a data SIM. 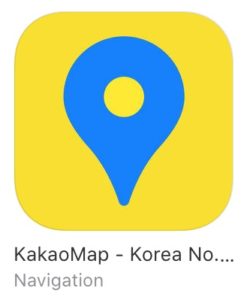 Along with Naver Map, this is the second map app that South Koreans use. Which one you end up using is down to personal preference. I installed both map apps on my phone, but I ended up using Naver more often. I just paired it with KakaoMetro every time I use the subway.

Note: You don’t need to download Kakao Metro if you use Kakao Map. It’s already part of the app. Click on “Subway Map” on the left-hand side to access.

Personally, I find KakaoMap hard to use. With Naver Map, it’s easy to set your location into “From” and “To”, making it more user-friendly (in my opinion).

But if you don’t want a lot of apps on your phone, you can just use the KakaoMap app since it already has the subway map. 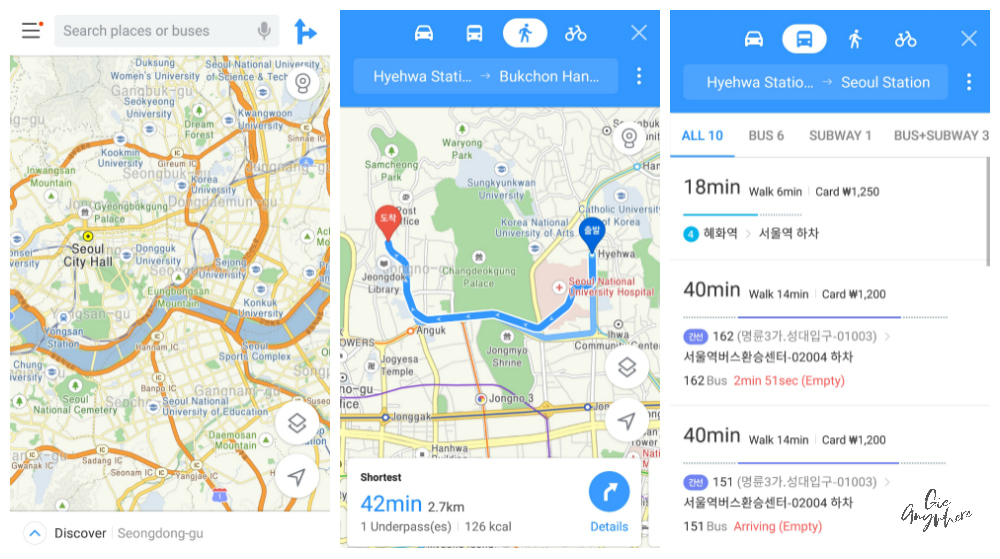 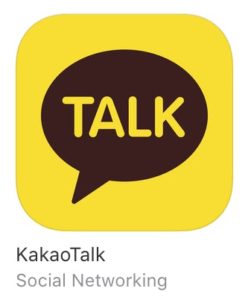 This is the social media platform of choice among South Koreans. If you plan on meeting locals (or cute oppas 😉 ) and keeping in touch with them, download this app and create an account.

Although I mainly use Facebook and Instagram, I download other apps to connect with the people I meet in my travels. For instance, when I was in Thailand, I used Line. When I met solo Chinese female travellers, I added them up on WeChat.

Even if you’re only in Korea for a short time, get KakaoTalk. Take it from me 😀

I met a Korean guy when I first arrived (and got lost!) at Incheon airport . I asked him for directions, as I wasn’t too sure about riding a train before I even passed through immigration. We started chatting and only stopped right before the immigration counters where we had to part ways. He asked if I had KakaoTalk, but since I didn’t, I just gave him my email. (I know, right?) But I haven’t heard from him since.

KaTalk (this is how Koreans call it) is so much more than just a messaging app! Much like WeChat, it has its own ecosystem where you can book reservations and send payments. Kakao is also a HUGE brand in South Korea. I actually got 2 KakaoFriends passport holders as complimentary gifts when I watched theatre shows in Seoul. 😉

Created by the Korea Tourism Organization, this app is a must for all travellers to South Korea! You can find nearly all the info you need, including the weather, exchange rates, and recommended tour course routes.

The KTO published a lot of info on their site which is quite helpful in planning your itinerary, especially if you go the DIY route. The VisitKorea app gathers all these info into one manageable and easy to navigate platform.

Have you been to Korea and used an app that I haven’t listed above?

Or are you currently planning your trip to Korea and encountered an app that you think is essential?

Let me know in the comments below! I’d love to hear from you 🙂

Stay closer to nature at the Clay House in Chiang Mai

How to Ride a Hot Air Balloon in...

What You Need To Know About T Money...

Buddha Park: Is it Worth Visiting Vientiane’s Weirdest...